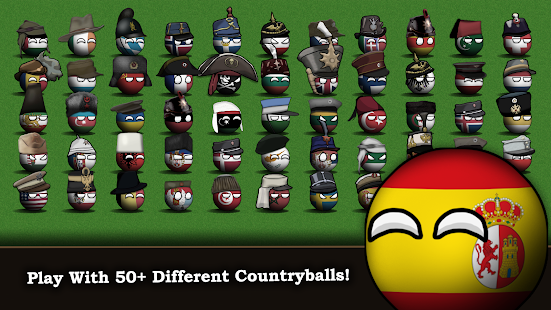 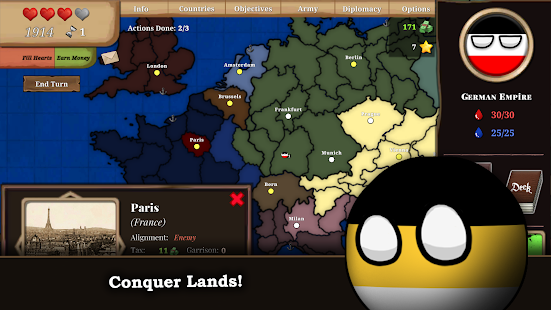 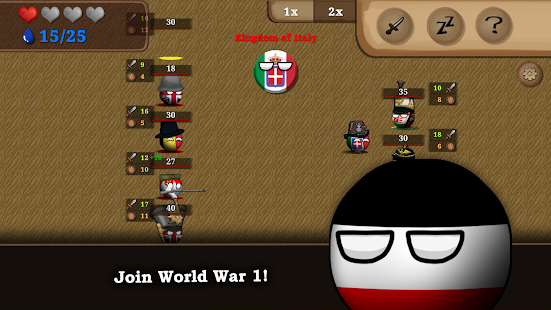 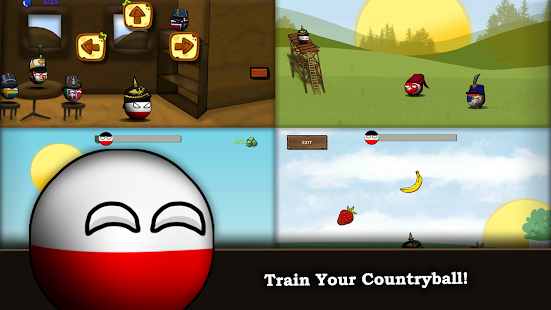 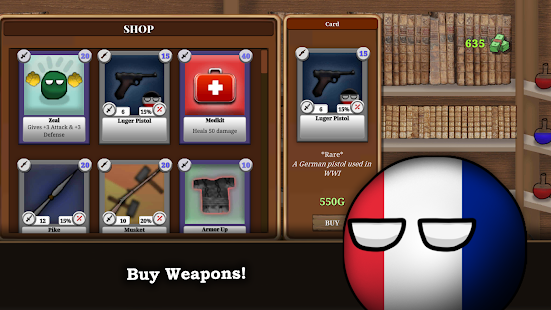 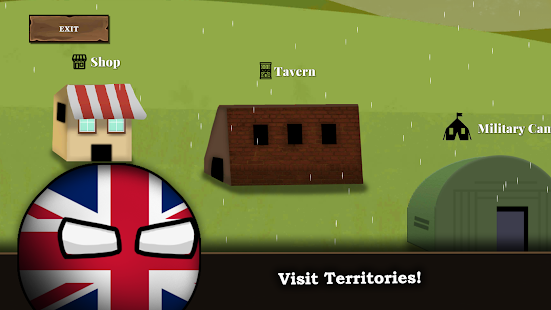 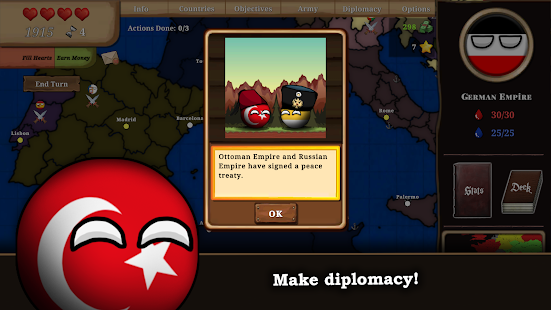 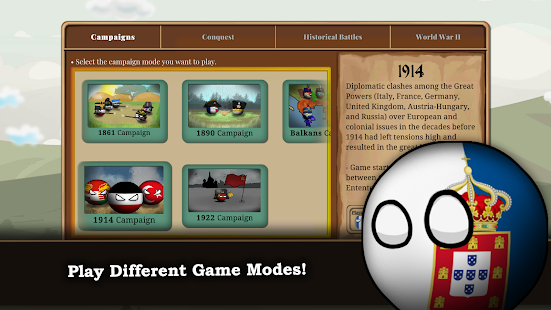 Discover the 19th and 20th centuries with countryballs! Train your countryballs, teach them how to fight, buy them cool weapons, and join great battles with them.

Countryball: Europe 1890 is a strategy game mixed with a turn-based combat mechanic plus cards and stats involved. All of those mechanics make the game more exciting and fun!
You start the Countryball: Europe 1890 by selecting a campaign/conquest game mode and your character afterward. After that, you will try to complete your objectives by conquering territories and mastering diplomacies.
In Countryball: Europe 1890 you can declare war, send ally requests, puppet weakened countries, remove your allies/puppets and even annex your puppet states! You have all the freedom to choose your allies and enemies. Try to have strong allies on your side because there will be battles that you will have to fight against multiple enemies. Before each battle, you have the option to call your allies and puppets to make them join the battle on your side. While allies sometimes accept your call, your puppet states on the other hand always accept your battle calls.
To defeat your enemies in battles, you have to be a strong country. To do that, you should play minigames or you should increase your stats (attack, defense, health, and mana) manually by using star points. To earn star points you should simply win battles. Also, you should buy strong cards from the shop. Each card has different combat effects. You play those cards by simply dragging & dropping on the countryball during combat. Note that all weapons are considered as cards!

If you have any questions or suggestions, feel free to drop a review or send me an e-mail.

Live Nation At The Concert