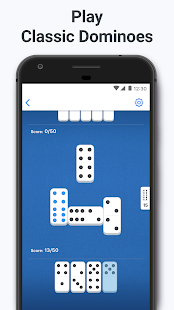 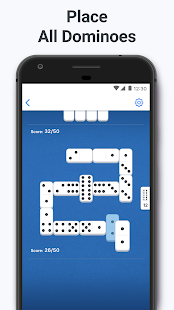 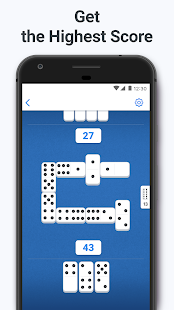 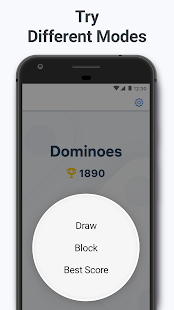 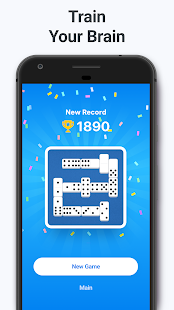 Dominoes is one of the most famous board games played by millions of people all over the world! This addictive classiс puzzle comes through the generations. Dominoes is great for training your brain, logical thinking, and memory. Take a break and play a classic dominos game from your childhood on the mobile device!

The basic rule of domino games is to lay down a domino tile next to another domino bone with the same number of dots. The goal of the game is for each player to get rid of all their dominoes. There are a few main types of domino games, such as All Fives or Muggins, Block Dominoes, 42 Dominoes, Draw Dominoes, Jamaican Style Dominoes, Mexican Train Dominoes and Gold Dominoes. Free Dominoes by Easybrain follows the rules of Draw Dominoes.

– High Score Mode is a unique game mode that is intended to challenge yourself and beat your high score. It’s an unlimited number of games that continue until your first loss.
– Draw Mode is one round of draw dominoes. The game ends when one of the players places his last domino tile, or neither of them can make a move.
– Block Mode is the match of draw dominoes rounds which ends when one of the players reaches 100 points.

How to play Draw Dominoes

There are rounds and matches in Domino games. A match consists of rounds and it ends when one of the players reaches the total score of 100. Points are accumulated during the rounds. One player wins the round by placing their last domino tile. The total sum of the dots on the unplayed dominoes of the other player is the score for the winning player of that round. When a player can’t place a domino tile, they must draw dominoes from the boneyard until obtaining one that is playable.

If both players still have dominoes, but neither can make a move, then the round is finished. The player who has a smaller sum of dots on the unplayed dominoes is the winner and gets the opponent’s scores. Rounds continue until one of the players reaches 50, which marks the end of the match. If you like playing dominoes with friends, this game will be a good opportunity to master your skills.

Tips to hone your skills in Dominoes

Take a break from your daily routine by playing Domino puzzles. Challenge your logic and memory and play free Dominoes anywhere, anytime!