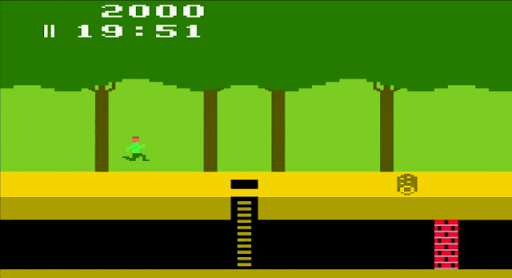 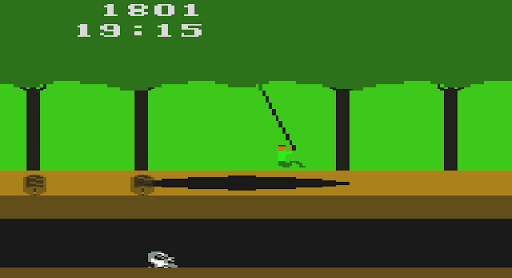 The player must maneuver a character (Pitfall Harry) through a maze-like jungle in an attempt to recover 32 treasures in a 20-minute time period. Along the way, he must negotiate numerous hazards, including pits, quicksand, rolling logs, fire, rattlesnakes, scorpions, and crocodiles. Harry may jump over or otherwise avoid these obstacles by climbing, running, or swinging on vines. Treasure includes gold and silver bars, diamond rings, and bags of money. Under the jungle there is a tunnel which Harry can access through ladders found at various points. Travelling though the tunnel moves forward three screens at a time, which is necessary in order to collect all the treasures within the time limit. However, the tunnels are filled with dead-ends blocked by brick walls, forcing the player to return to the surface at one of the ladders, and try to find a way around again, thus wasting time. The tunnels also contain scorpions, which can harm Harry.
New interface
Bluetooth gamepad supported